How to fly when you hate flying

If the idea of flying scares the bejeebus out of you, I feel your pain. I may love to travel but I absolutely hate flying.

Unlike my Mom who flies like a pro, I’m terrified of heights (or more the fear of plummeting to my death). I also live with anxiety. This means that my mind likes to run wild with worry when it comes to flying! I’ve taken tonnes of flights over the years, but a typical scenario would usually go like this:

Pilot: “This is your captain speaking. Just letting you know that there’s a small chance of a bit of turbulence during this flight”

My brain: “OH MY GOD THE PLANE IS GOING TO CRASH AND WE’RE ALL GOING TO DIE!”

I white-knuckle grip the armrest. My stomach clenches. I close my eyes and start to panic. For some reason, even though I know that statistically flying is one of the safest modes of transportation, I just can’t acknowledge that fact when I’m on a plane. There is a one in 11 million chance of dying in a plane crash by the way!

I can’t quite put my finger on what exactly causes me to go into panic-mode. Maybe it’s the lack of control? After all, there I am 37,000 feet above the ground with my fate in the hands of two strangers, in a metal tube in the sky.

Does this all feel familiar to you? Then you, my friend, will relate to this post.

Bear in mind that these methods mightn’t work for you. I still hate flying but below is what I do to calm myself down slightly:

Do not watch any movies with planes in them

Not never again, but definitely before a trip. I consciously make a greater effort in the run up to the flight not to watch a lot of movies. I’ve an overactive imagination and if I see a plane crash on screen I get incredibly worried. Movies to avoid before flying include Flight, Castaway, World War Z, Final Destination, Alive, Flightplan, Air Force One, Fearless, Con Air, The Grey and Knowing.

Bring a bottle of water

The cups of water that you get in flight usually aren’t enough for me as I like to sip. I find water incredibly calming when I’m nervous. You can’t obviously bring a bottle through airport security so what I usually do is bring through an empty bottle and fill it when I reach the other side.

Oh what a wonderful world! So many of my Mom and my dreams have been made in the clouds. Even though I'm terrified of flying, I love the awe that you can get from looking out the window and seeing the #sunrise – wouldn't trade that feeling for all the gold on the planet.

Don’t be afraid to tell the person next to you or even the crew that you’re scared of flying when you get to the airport. This may make you feel particularly vulnerable but you’d be so surprised at how empathetic people can be. If you’re flying alone this can be particularly effective because you won’t feel alone. Don’t suffer in silence.

Bring something to listen to

If there’s no monitor to distract you, having something to listen to is one of the ultimate distractions. Pop on those earphones and indulge in some good listening. Great podcasts to listen to on flights include Zero to Travel, The Indie Travel Podcast, Ted Radio Hour, BBC Food Programme, Serial and 99% Invisible.

Do you like to have a little tipple? Sometimes a drink (especially on a long-haul flight) will help take the edge off. That being said, don’t have lashings of alcohol which could potentially hinder you rather than help. Coffee may also make you feel jittery, something that you probably don’t need if you hate flying!

To bring my mind back to the rational, I like to keep reciting facts about plane safety. Knowing how safe flying actually definitely helps. Consider this: you would have to take a flight every day for 55,000 years before encountering a fatal accident.  In fact, you’re more likely to be struck by lightning than be in a crash, with a one in 13,000 chance for your lifetime. Of course, fatal accidents do occur, but the media gives them so much attention that your mind gets fooled and you begin to think they happen all the time.

Did you know that commercial aircrafts go through extensive testing before they’re sold to airlines? See below!

If there’s turbulence take a look at the cabin crew

They’re trained to remain calm and I find that if I ever need reassurance, looking at them is usually calming. Especially if they’re still walking up and down and serving drinks from the trolley. If the cabin crew aren’t freaking out, then I don’t need to be. Turbulence will not bring down a plane! They are designed to withstand it and pilots always do all they can to avoid it.

For me, I often like being by the window so I can see the wing. Why? Because my mind sees it as being an outside reassurance. Also if you hate turbulence then the wing is also a great place to sit. The roughest spot is usually the rearmost rows closest to the tail. The caveat though is remembering that you’ll hear a large thump followed by an increase in noise when the landing gear comes down. Personally, I’ve never minded landing though because I’ll be back on terra firma!

I'm leaving on a jet plane! Where should Mom and I go next???

Imagine you’re on a bus

This in one way sounds overly simplistic but it’s a technique that sometimes works for me. Once I’m familiar with the sounds and “bumps” of turbulence, I close my eyes and imagine being on a bus. With slow, long breaths, the feelings start to become familiar and the bumps don’t seem so scary.

This sounds like an awful cliché but there’s science behind this. What happens when we get anxious is that our breathing becomes shallow. This is when my overactive imagination kicks in. What I like to do is breathe in for four seconds, hold it for a further four to six seconds and finally breathe out slowly for four.  That will trigger your parasympathetic nervous system. Repeat this as often as you need to.

Fear of flying? There’s an app for that. You can use this on your phone (available on iOS and Android). The app contains a bit of everything from how to prep yourself at the airport, calming tools while you’re in-flight and a G-force meter.  Note however that there are in-app purchases.

Remember you’re not alone, so don’t feel embarrassed if you hate flying. A fear of flying can steal the joys of travelling and greatly reduce your ability to enjoy the rest of your trip. And I hate that feeling. I think the most important thing for me is to remind myself that there isn’t a quick fix when it comes to this.

I will remain persistent even though I still hate flying. It’s about challenging myself to feel the fear and do it anyway.

This is something I’m absolutely trying to save up for. I haven’t done one yet but the fact that they go through all the motions from airline safety to mock evacuation could really give me peace of mind. Check out FearofFlying.ie (courses start at €149), Fly Fearless (starting at €90) or Flying with Confidence (price not available at the moment). 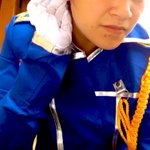 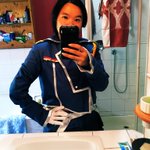 Honestly it amuses me that they’re basically trying to say ‘you’re not white’ but are cowards to say it so use ‘native’ instead because they know how dumb it is to just say white. Yes I know I’m not white? Duh?
h J R
@unakavanagh