20 Travel Movies That Will Give You Pure Wanderlust

Jeffrey L. Cohen – Bus from the movie “Into the Wild”

Wanderlust can take over your mind and body and there’s nothing quite like that feeling. It’s a mixture of euphoria and longing, escapism and love.

While we mightn’t be able to head to every country we’d like to, it’s still a thrill to transport ourselves into another world through travel movies. Though they range in subject matter, and even in terms of story quality, ultimately this selection of travel movies still manage to capture the beauty of the countries they were filmed in.

While it might seem a bit unconventional at first with its dreamy atmosphere, at the heart of Lost in Translation are two strangers who find comfort in each other in a gorgeous setting. Give it a go! You may be pleasantly surprised.

In one way, this reminded us of what the blog is all about – travel from a different perspective. The movie is about a father who continues his son’s pilgrimage after he dies, on the El Camino de Santiago. Played by Martin Sheen, the father takes his son’s ashes and brings them on the journey with him.

How many times have you thought about just getting up and going? Based on the true story of Christopher McCandless, this recalls his adventures after he donated all of his money to charity, destroyed his credit cards and headed off, you guessed it, “Into the Wild”. It’s a powerful watch and you should definitely read the book too. You won’t regret it though you may question his decisions.

A beautiful look at Indian culture, this independent film is artfully shot! Depicting the romantic craziness during a traditional Punjabi Hindu wedding in Delhi, this is one that will really get you longing for India!

This true story follows the famous Argentine Marxist revolutionary, Che Guevara and Alberto Granado, on their big trip around the western region of South America. It not only goes into Che’s own history but also the things that shaped him.

Following the story of a young man who travels by motorbike after being diagnosed by cancer, One Week is a real homage to Canada. Despite requiring immediate treatment, he instead decides to take a trip from Toronto across Canada to Vancouver Island, meeting people along the way that reshapes his views on life!

Though this isn’t the best representative of a Wes Anderson film (we recommend you watch them all!), it still has its moments. As they take a train across India a year after their father’s death, three brothers hope to bond and set aside their differences. Like all Wes Anderson movies, it’s quirky and bit chaotic!

The Secret Life of Walter Mitty

Destination: Iceland, Greenland and the Himalayas

If you have an open mind and take a leap of faith, then this movie is for you. Making daydreams a reality, this movie will have you dreaming of the next big adventure.

Coming from a darker place, Cheryl’s need to travel comes from a death in the family, a divorce and an addiction to drugs. Wild follows her trekking journey through 1100 miles of Pacific Coast with all the ups and downs along the way.

The now not-so-remote island of Ko Phi Phi was made popular by this great flick starring Leonardo Di Caprio. You’ll be itching to head to Thailand!

Geared towards female solo travellers, it’s fluffy yes and it’s definitely one of those movies where the book is genuinely better, BUT it still has its charm. Based on the true story of Elizabeth Gilbert, the story follows her after her divorce as she makes her way through Italy, India, and Indonesia.

This 2010 documentary covers the journey of Jeff Johnson as he travels from California to Patagonia, retracing the 1968 trip that Yvon Chouinard and Doug Tompkins took in their Ford E-Series Econoline Van.

“Maybe that’s what hell is, the entire rest of eternity spent in f**king Bruges”

One of our favourite movies (Mom does have an excellent taste in films), Colin Farrell’s character Ray may not have been a fan of Bruges but the world fell in love with it! It’s witty and crude but brilliant in its own right.

Destinations: All over the world!

A movie with a lot of heart and fun, the Bucket List is one of those films that inspired people to get out there and write their own. Obviously, Jack Nicholson’s character had a fair lot more money than the average punter but it still holds its own in showing what beauty the world has to offer.

We’re sure that many of ye have already heard of this movie but just in case! Out of Africa won 28 film awards, including seven Academy Awards. With stunning cinematography and with great performances from its lead cast, you’ll be able to forgive how long it feels at times.

The Trip to Italy

Starring comedians Steve Coogan and Rob Brydon, The Trip to Italy is a 2014 British comedy film and a sequel to TV series The Trip. It’s very sharp and offers stunning scenery of Italia including Liguria, Tuscany, Rome, Amalfi and Capri (oh and also delicious Italian food). One of the most underrated travel movies.

The Lord of the Rings Trilogy

It’s the movie franchise that caused the country’s tourism to skyrocket: While many of the locations have obviously been edited, the real beauty of New Zealand still shines through in this epic fantasy. Fun fact: I (Úna-Minh), watch the trilogy every year!

We obviously loved this film because of its connection to Vietnam! Set in colonial French Indochina during the 1930s to 1950s, it’s the story of Éliane Devries, a French plantation owner, and of her adopted Vietnamese daughter, Camille. The Vietnamese nationalist movement is used as a backdrop to the story. It won the Academy Award for Best Foreign Language Film.

One of Mom’s favourite films and always gives her a laugh, The Best Exotic Marigold Hotel follows a group of retirees who head out to India. Madness, mayhem, and mischief ensue and the cast is absolutely stellar with Dame Judi Dench, Maggie Smith and Bill Nighy.

While many of James’ antics with women are now seen as being quite outdated, we can technically call them “travel” movies as they have many impressive backdrops including Thailand (The Man With the Golden Gun), India (Octopussy), Egypt (The Spy Who Loved Me), Greece (For Your Eyes Only) and Turkey (From Russia With Love). 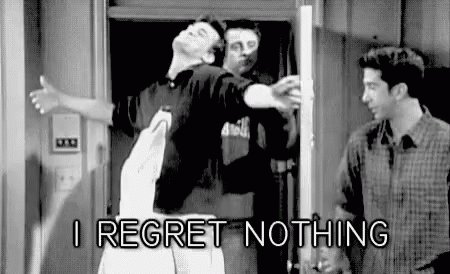